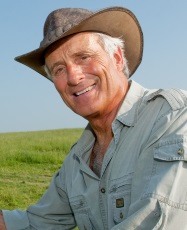 Animal expert “Jungle Jack” Hanna is one of the most visible and respected ambassadors between the human and animal worlds. His hands-on approach and insights into the public’s appreciation of wildlife have won him widespread popular acclaim as Director Emeritus of the Columbus Zoo, conservationist, author, television personality, and lifelong adventurer. Jack’s career took off in 1978 when he was offered the directorship of the Columbus Zoo, where he transformed it into a state-of-the-art facility.

Airing since 1993, his television program, Jack Hanna’s Animal Adventures, now reaches 96% of U.S. television households. A dynamic orator, Jack enjoys speaking tours sharing his globetrotting experiences. He is the author of seven books, where his timeless tales captivate audiences from every generation.