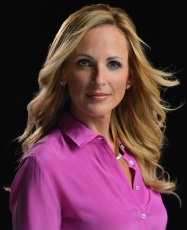 Marlee Matlin received critical acclaim for her film debut in Children of a Lesser God, for which she received the Academy Award for best actress. Though Matlin lost her hearing when she was only 18 months old, she never let her challenges dictate her future or deter her dreams. Matlin has helped raise awareness for better hearing health for millions of deaf and hard of hearing children and adults in developing countries. In 2015, Marlee developed “Marlee Signs”, the first celebrity-driven mobile app teaching the basics of American Sign Language. She currently serves as a spokesperson for The American Red Cross and was instrumental in getting legislation passed in Congress in support of Closed Captioning.