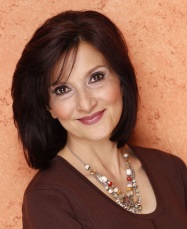 One of America’s foremost experts on Italian cuisine, Francine Segan, is an engaging public speaker, author, and TV personality. She is a noted food historian and a James Beard nominated author of six books including Dolci: Italy’s Sweets and Pasta Modern. Segan is the host of NYC’s popular weekly TV series “Americans who Love Italy” and appears on many other TV shows, including the Today Show and Early Show. She has been featured on numerous specials for PBS, Food Network, History, Sundance, and Discovery channels. Having collaborated with many regions of Italy to promote Italian food, culture, and wine in the States, Segan is the American spokesperson for several distinguished Italian companies. She has also been a food judge for the Fancy Food Show, Bacardi Cocktail competition and the International Pesto competition.