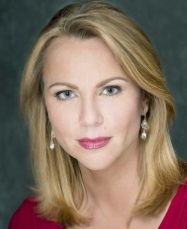 Bold, award-winning reporting has earned Lara Logan a prominent spot among the world’s best foreign correspondents. She was named CBS News Chief Foreign Correspondent in February 2006, and Chief Foreign Affairs Correspondent in 2008, all while contributing to 60 Minutes. In 2012, Logan was named a full time correspondent for this newsmagazine. Her recent reports for 60 Minutes include the operation to take back Mosul from ISIS, a story of little known victims of the Holocaust, and another story that reported on the similarities between ISIS genocide tactics and those of Hitler’s Final Solution. Her work has taken her from the front lines of the Ebola crisis to the forests of central Africa where she did a story on veterinarians treating endangered mountain gorillas in the wild, to Hollywood where she recently profiled one of rock ‘n roll’s most prolific photographers.