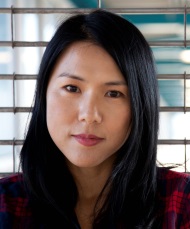 Suki Kim is the only writer ever to go undercover in North Korea. An award-winning novelist, Kim’s obsession with the country led her to pursue journalistic assignments there. She visited the country five times over a decade,witnessing both Kim Jong-il’s 60th Birthday celebrations as well as his death in 2011. Her book, Without You, There Is No Us, chronicles the time she spent teaching the sons of the North Korean elite. Her work sheds new light on a place that has been, for the past 70 years, completely shrouded from the eyes of the world.

She has been the recipient of a Guggenheim, a Fulbright, and an Open Society fellowship. Fluent in Korean, she was born and raised in Seoul, and now lives in New York.